Local ‘legend’ Wilfred Jenkins exhibited his photographs for the first time and released a collection of fundraising greeting cards featuring his own photos.

The 25-year-old, deaf and autistic, has become something of a Thanet celebrity thanks to his participation in island events, charity fundraisers, volunteering and social media posts that include regular sign language videos.

For the past two years he has struggled with the lockdown and it was difficult for him to understand information about the virus and the restrictions leading to periods of high anxiety. However, he also participated in activities such as singing sessions with “Singing Hands” and taught his friends to sign daily on Facebook. 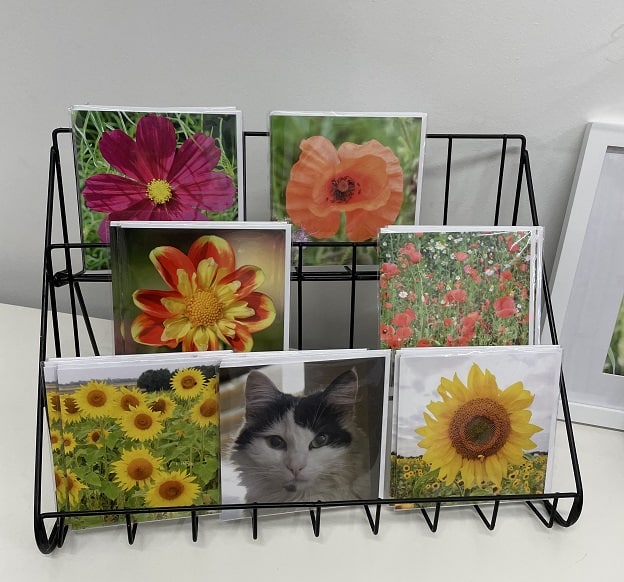 As the confinement began to ease, he became interested in photography. With the help of Margate photographer Frank Leppard, Wilfred began to learn more about the craft and, alongside his passion for nature, animals and local landscapes, he discovered he had an eye for a great pic.

With his friends Sarah and Vivienne, from Westgate Galleria, he began to explore the possibility of exhibiting some of his photographs.

Westgate Galleria is part of Shoreline Partners who also own The Eclectic Art Gallery in Margate.

Earlier this month, Shoreline held a showcase exhibition – Every Moment is a New Beginning – at the Pie Factory in Old Town Margate. Two of Wilfred’s photographs were selected and exhibited alongside 100 works by 35 other local artists, designers and creators.

His I Can See You and Pumpkin Fields Forever prints are now stored at Westgate Galleria, alongside his greeting cards. The cards feature floral photographs, including Wilfred’ favorite sunflowers and poppies, and are available individually or in a six-pack. An image of Patsy, a much-loved cat Wilfred met while volunteering at the Cozy Cat Café in Herne Bay, is also available as a greeting card.

Wilfred named the charity Follow Your Dreams to receive all proceeds from the sale of his items. 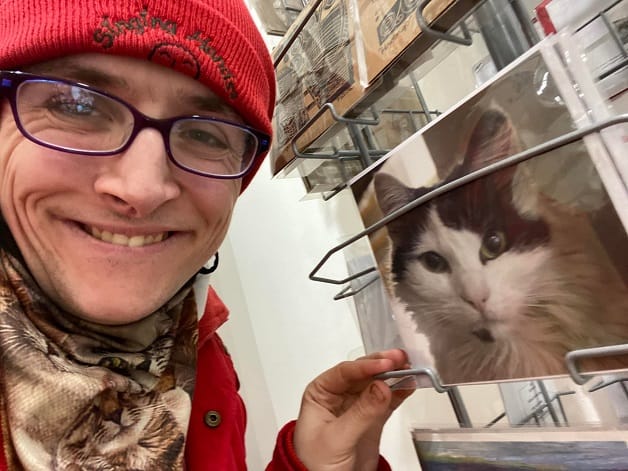 He said: “Follow your dreams helped me so much because when we went into lockdown it was tough especially at Christmas when I couldn’t go home to be with my family for 2020 when we’re entered level 4. It was upsetting but follow Your dreams were there to support me and then when I was told I was going to move to another apartment in Westgate they helped me and Diane set up the Pay-Pal donation for the furniture in my apartment that I needed.

“They have helped me so much I wanted to help them as we fundraise for our Bluestone 2024 vacation with the charity.” 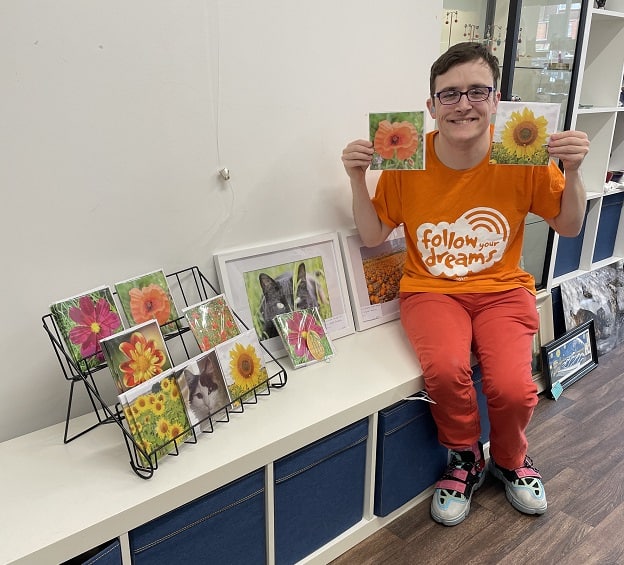 Charlotte, Wilfred’ mother, visited Thanet for the opening of the Shoreline exhibit. Wilfred said, “I felt very happy and proud. My mom was with me (for the opening) and she was so proud of me too.

Sarah and Vivienne say they really enjoyed working with Wilfred on the project and hope a lot of people will take the opportunity to see his photos.

Westgate Galleria is at 29 Station Road, Westgate-on-Sea CT8 8RB, and Wilfred’s work can also be purchased from his online store shorelinepartners.co.uk/shop-home/

Follow Your Dreams is a national charity operating in England and Wales which inspires children and young people with learning disabilities to pursue their dreams.

Juneteenth art exhibits run the gamut in Colorado this year