National Gallery of Canada Exhibitions: Escape to Beauty with “Canada and Impressionism”

If you were asked to name a few of the “French Impressionists”, chances are you could.

These names roll off our tongues like dewdrops roll off Monet’s water lilies at Giverny.

What if you were asked to name a few of the many incredibly gifted Canadian Impressionist painters?

If it’s a struggle, you have a rich and colorful opportunity to learn more about these artists in a stunning new exhibition at National Gallery of Canada.

Call it a great chance to escape beauty.

This is your first weekend to discover: “Canada and Impressionism: New Horizons‘.

After a lengthy COVID-related closure, and an additional delay due to the Freedom Convoy protest in downtown Ottawa, this exhibit finally officially opened on March 1.

It was worth the wait.

Over one hundred canvases by 36 Canadian artists are brought together with the passion and precision of Katerina Atanassova, Senior Curator of Canadian Art at the National Gallery of Canada.

“Get ready for fun, joy, beautiful sunny images of Canadians abroad and at home,” says Atanassova.

“I think each painting will be a revelation, the number of women as well, featured in the exhibit,” Atanassova said while touring for CTV News at Noon.

“The depth and breadth of the exhibition!” Atanassova pours out.

“The number of artists coming from coast to coast. We have artists from Vancouver all the way to Halifax. Plus, as they return home — the celebration of winter — the essential Canadian experience.

Atanassova refers to the many snow-covered landscapes of breathtaking beauty. 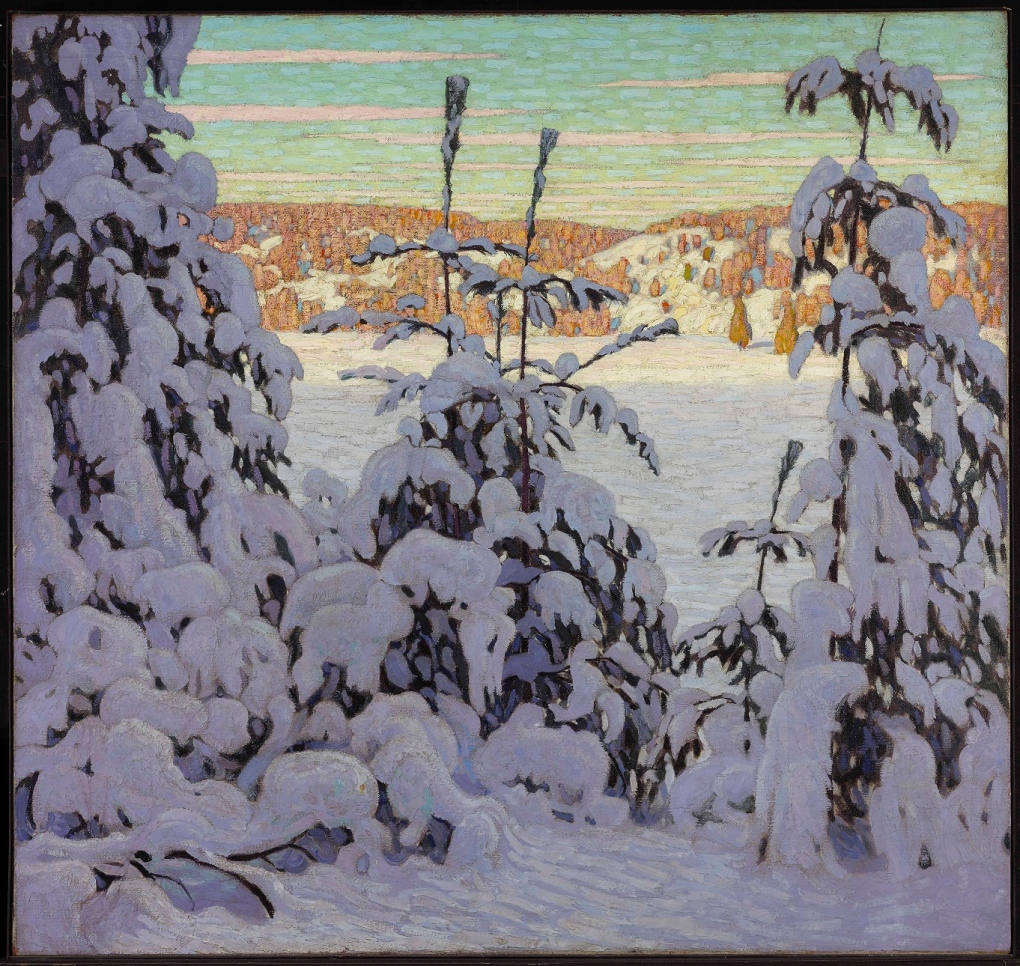 The paintings of Gagnon, Cullen, Morrice and Harris, to name a few, are all so magical you’ll feel the frost on your face.

“When Canadian painters arrived in Paris around 1880, the novelty of Impressionism had already begun to wane,” Atanassova wrote in her book about the exhibition.

“Canadians who moved to Paris in the closing decades of the 19th century experienced this air of change amid what became known as the happy medium– the happy medium between academicism and impressionism from which each artist cultivated a personal and unique approach,” writes Atanassova.

Their approach throughout the exhibit is a wonderful escape for visitors on a cold March day.

Helen McNicoll’s artwork can make you feel the sun at your back.

There is a space with ‘reflections of childhood’.

“This is a section dedicated to ‘Youth and Sunlight’,” explains Atanassova. 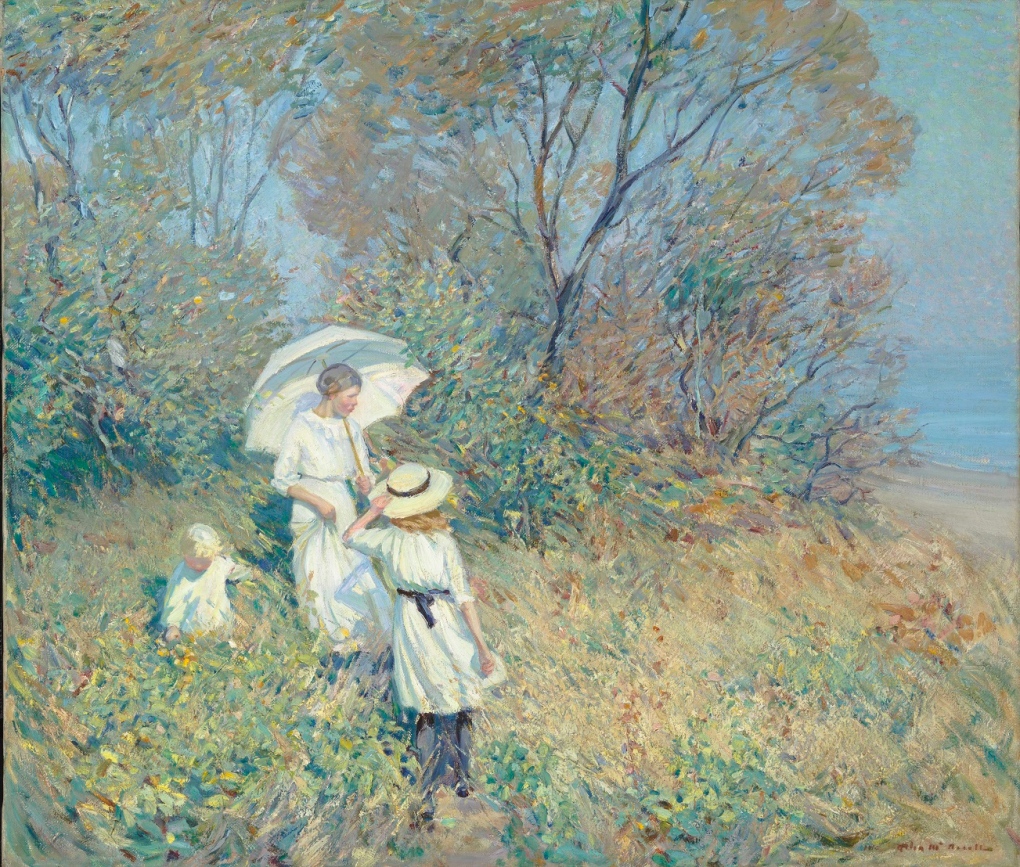 “You see these remarkable images of a number of great Canadian artists, including some less familiar names, like Henry Rosenberg and Mary Bell (Eastlake).”

You can’t help but be drawn to George A. Reid’s “In the Cellar Window” painting.

“This image of a child who steals a free moment from the toil of activities, during the day, to read a book”, comments Atanassova.

Our tour for CTV Ottawa’s News at Noon offered a sense of the space but not the full experience.

Although we have featured many paintings, you will need to visit the gallery in person to see the full collection, as several pieces cannot be shared on TV.

“We show everything in the gallery spaces but we only have the copyright on certain images to show on the screen”, explains the curator. 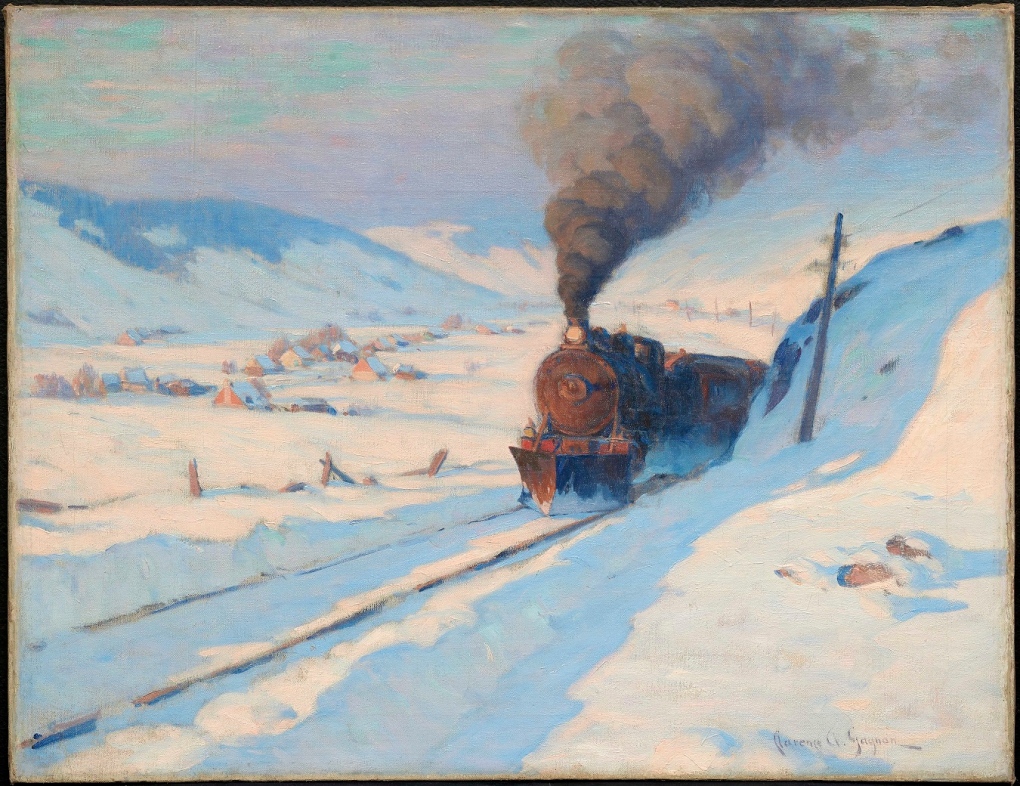 All the more reason for buy a ticket, which you will need to book in advance. COVID protocols are in place. You must show proof of vaccination.

Atanassova is thrilled that visitors are back in the gallery and sharing in the first exhibition of its kind – the untold story of the spread of Impressionism and the role of Canadian Impressionists in the development of modern art in Canada.

The works presented were all created between the 1880s and the late 1920s, at home and abroad.

“The great discovery for everyone will be that the voices of so many Canadian men and women – the Canadian Impressionists and the fact that these Canadian artists had something very important to share with the world – and that their voices are heard says Atanassova.

And luckily for us, those voices have to be appreciated visually.

An adapted version of this exhibition has already traveled to Munich, Germany; Lausanne, Switzerland; and Montpellier, France. European audiences, unaware of the contribution of Canadian artists to the Impressionist movement, shared rave reviews.

The exhibition, presented in Ottawa, is organized around seven major themes while following a chronological progression.

Visitors to the gallery, through the paintings, will discover the artists celebrating daily life, in Paris or in the popular seaside resorts along the coasts.

Two of Canada’s best-known groups of modern painters — the Beaver Hall Group of Montreal and the Group of Seven of Toronto — are featured alongside the later Impressionists.

The final canvases in the exhibition are two powerful portraits, framing a doorway, one by Edwin Holgate, the other by Prudence Heward.

“The story of the spread of Impressionism in Canada is no longer a missing chapter in the history of world Impressionism,” says Atanassova.

“Until very recently, the contribution of the Canadian Impressionists was little known both in Canada and abroad.”

“We hope that after viewing it, Canadians will walk away with a greater sense of pride and joy in recognizing the achievements of these exceptionally talented painters,” said Atanassova, who produced a scholarly publication to accompany the exposure.

“Canada and Impressionism: New Horizons” is on view at the National Gallery of Canada until July 3.

If you want to wow your friends with the name of a Canadian artist featured on the show, here’s a little cheat sheet.

Their works are presented in the exhibition.