As the country waves flags and celebrates the 75th anniversary of India’s independence, it’s also time to take stock. What did the founders and citizens of India dream of, how did India cope, what were our challenges and successes?

ThreadThe reporters and contributors of tell the time, the traumas but also the hopes of the Indians, through the testimonies, the culture, the economy and the sciences. How was the modern state of India born, what does the flag represent? How have literature and cinema approached the trauma of Partition?

Rosalind Miller’s largely unpublished photographs – taken 25 years ago and reflecting events half a century before – address one of the most sensitive and painful aspects of India’s past: how extraordinary events of the score have had an impact on the lives of otherwise ordinary people.

The trauma of partition in 1947 is always told in terms of high politics: Jinnah’s determination to carve out a separate Muslim nation in Pakistan; Nehru’s unsuccessful attempt to avoid the partition of British India; and Mountbatten’s unseemly haste to cede power, whatever the consequences of an ill-planned British withdrawal.

In 1997, on the 50th anniversary of independence, I persuaded the BBC to allow me to do a radio series on partition: not on the geopolitics of independence, but on the experience of that time. For four months I traveled across South Asia talking to over 200 people who had experienced partition. Radio programs are available online; the audio recordings are now in the archives of SOAS University of London.

Miller, a photographer and friend, came from London and revisited some of those I had interviewed in Delhi and Punjab, taking memorable portraits of those caught up in the tragedy of Partition. We both traveled to Punjab, on separate trips, with journalist Asit Jolly, and without his help and friendship our missions would have been much diminished.

A quarter of a century after Miller created this Partition photographic archive, a selection of his images are presented here as a photo gallery – the first collection of his work – together with a brief account of the Partition stories of those whose portraits she captured.

Parkashwanti lived at the Gandhi Vanita Ashram in Jalandhar. She was in her seventies in 1997 and, along with other women at the facility, worked in the sewing room making sheets, mosquito nets and kits for the Punjab police. She was one of the few women in the ashram who had been in this institution and others like it since the aftermath of partition. “I’ve waited 50 years to tell my story,” Parkashwanti said, “so be patient.” 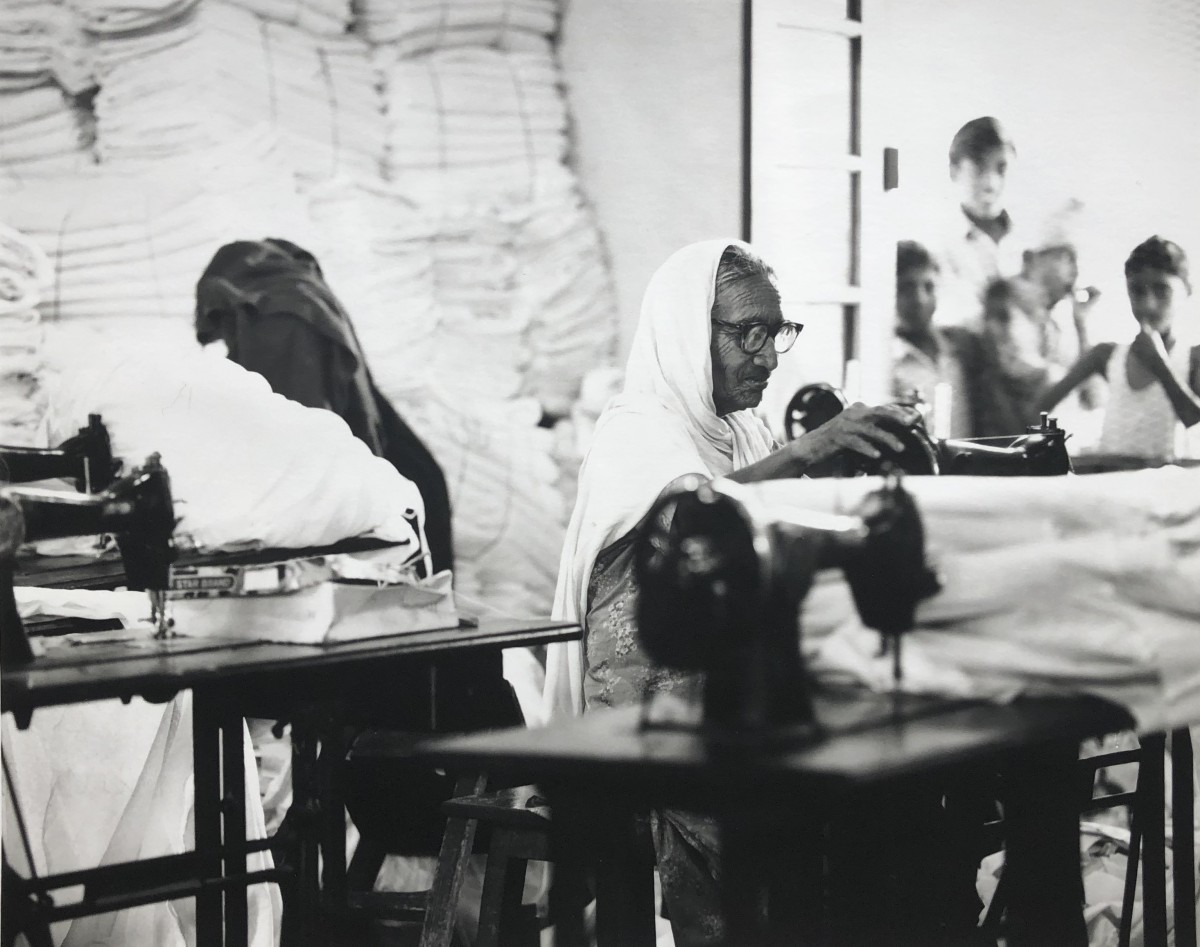 When her village in West Punjab was attacked in Partition, she, her husband and young son took refuge in a rice mill. They have been robbed several times. Her husband was taken away, searched, and the money and jewelry he had tried to hide were taken from him. When he joined his wife in their refuge at the rice mill, he warned her that she was in particular danger. “He said, ‘They’re going to dishonor you. They take young girls. It would be better if they killed you. If you agree, I will kill you myself.

“Before I knew what was happening, he hit me with a big sword. Look, here – here on my jaw. I still have the wound,” she exclaimed, pointing to her face. It was my husband who hit me. My son was also hit twice. I didn’t know what was going on. I suffered terribly. I felt like a mountain was falling on me. »

When Parkashwanti returned, a boy gave her a drink and two young women helped hide her. She discovered that the looters had killed her husband and son. In the wee hours of the morning, she went to collect their bodies; her son’s body had already started to swell.

After a desperate ordeal, she and others – dazed and half-starved – were trucked to Lahore and then, a few days later, allowed to come to Amritsar. She was pregnant and then gave birth to a daughter. 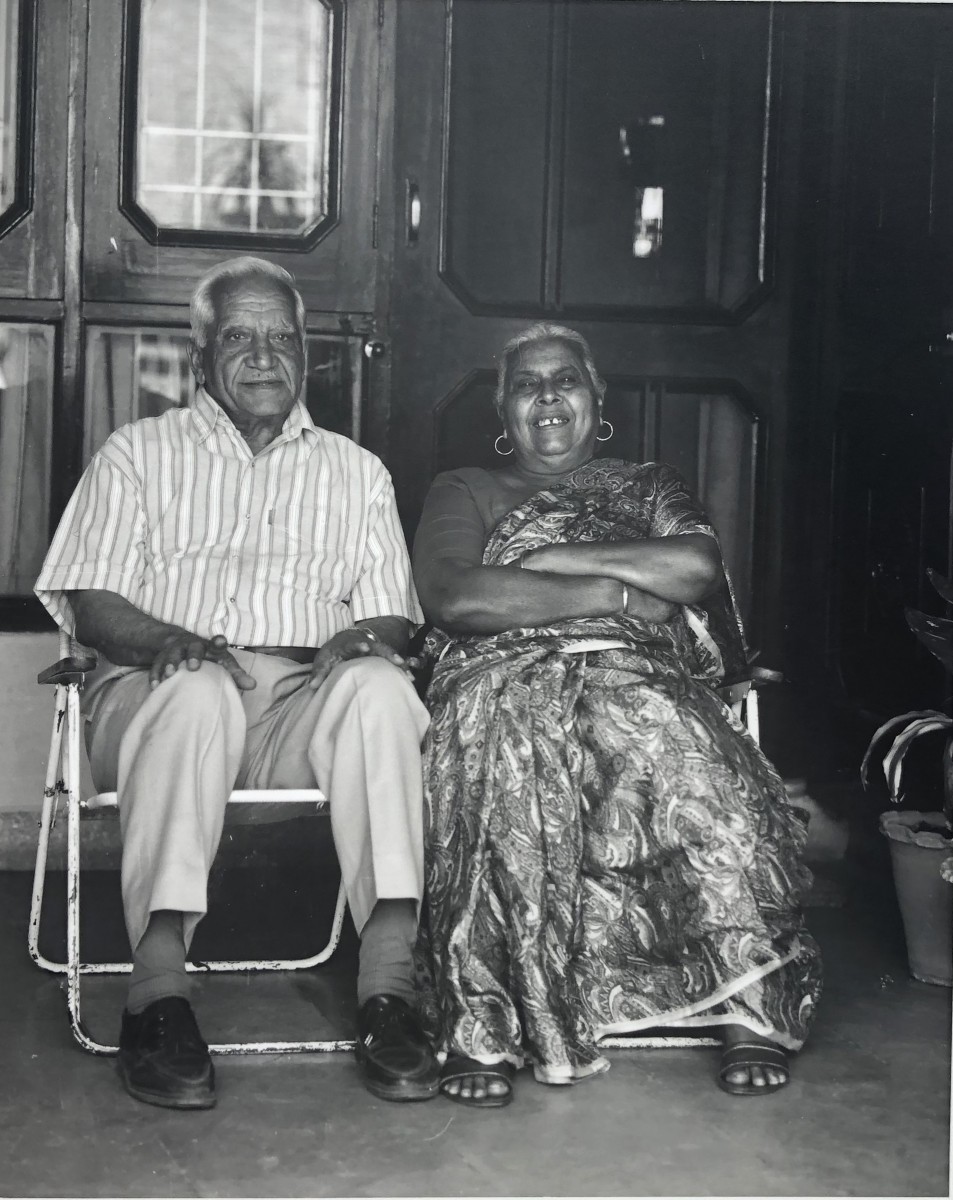 Ram Dev and Krishna Devi lived in Chandigarh after moving from West Punjab to Partition. In the spring of 1947, Ram Dev was in Lahore working for the University of Punjab. He was involved in the RSS. In March, Hindu men from Lahore attacked a Muslim town. “I was one of them,” he said.

“In the attacked area, there were lots of slags and wooden shelters, and lots of haystacks. There were hundreds of tons of wood. Someone threw kerosene; someone threw a bomb. For twenty miles you could see the smoke. There were thousands of bison there. All of Lahore’s milk supply came from there.

Ram Dev said he was arrested for involvement in riots and several months later, shortly after independence, he was sent to Amritsar in what he described as a prisoner exchange.

His wife, Krishna Devi, was driven out of her native village in West Punjab and moved to a temporary camp in the village of Chiniot. “Our refugee camp was in a school. We didn’t have any food there. Sometimes people made rotis over the cremation fires. Things were so bad that people, even my nephew, if others were making chapatis, they would grab two and run away.

She was eventually put on a train on the Indian side of the partition line. “August 15 meant nothing to me. People didn’t register that it was independence day. They just cried and cried. No one thought we would have to leave our homes like this.

Shingara Singh, a big Jat Sikh farmer and patriarch of the family, lived in Sultanwind near Amritsar. He recounted how, as a teenager, he helped clean up the bodies of those massacred at Jallianwala Bagh. In Partition, he was part of a local gang nicknamed “the crows”.

“My friends and I took our horses. And we had pukka guns and we had other weapons. The Muslims killed many of our people on the other side, so we killed here. First we shot them. And when they started running, we chased them with swords. And in one street, I remember, we killed six people. 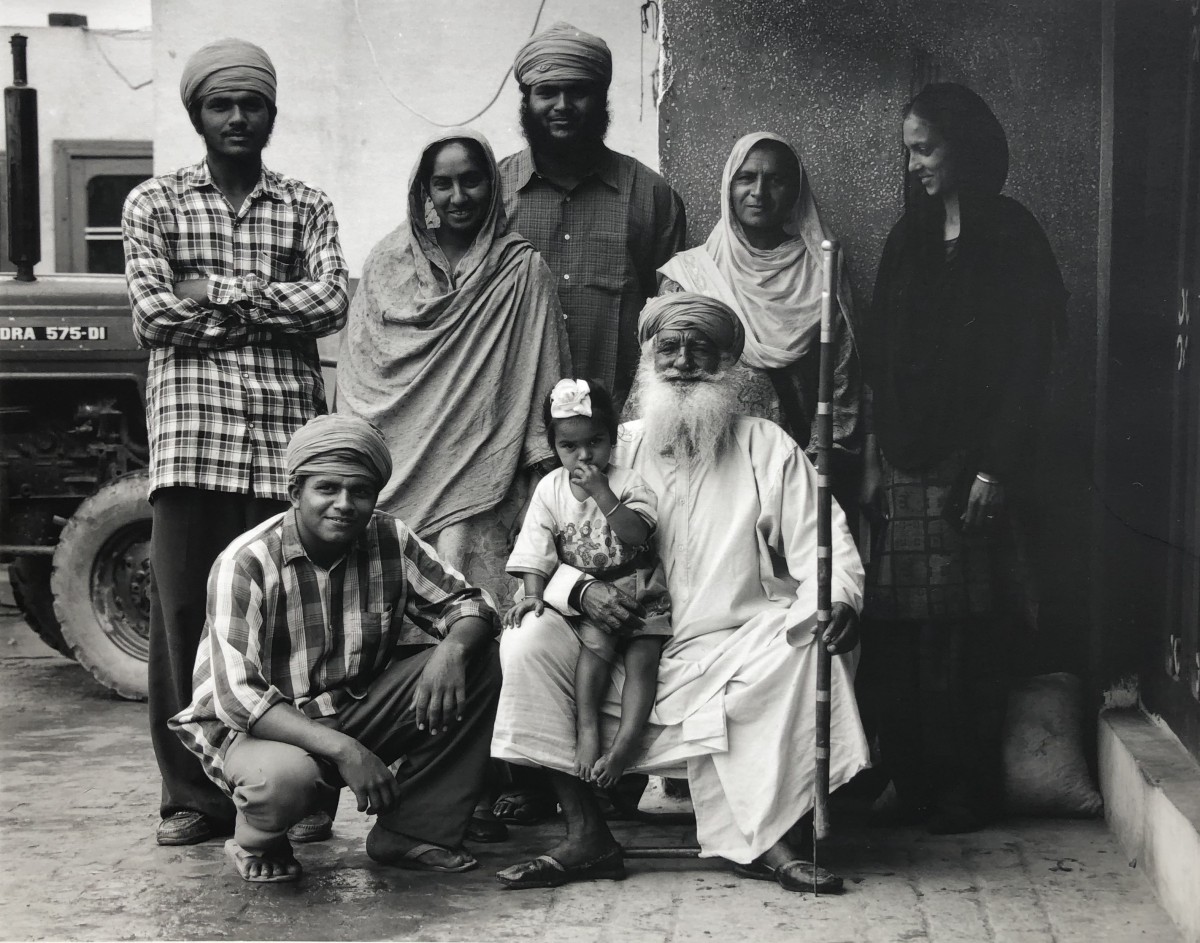 He was briefly detained in Lahore prison, adding that he only went to Lahore in chains. He kept several swords from the time of the partition, but said that during the unrest in Khalistan they were taken away by the police.

Shingara Singh was unusual among those interviewed in expressing no remorse for perpetrating violence in Partition. “My anger has not subsided yet,” he said.

Khorshed Italia lived in Connaught Place in the heart of Delhi – in the apartment that had been her home since 1937. In the summer of 1947 she was a voluntary social worker at Lady Hardinge Hospital working with displaced women. He was asked to go to the Old Fort and help the women brought to Delhi by refugee trains or by truck.

She was meeting trains arriving at Old Delhi station. “The railway would inform the hospital that a train is carrying all the refugees. There would be more than a hundred social workers for a train. The main goal was to save the women and make sure they didn’t get lost, because all these brothel people were waiting on the dock trying to catch them. 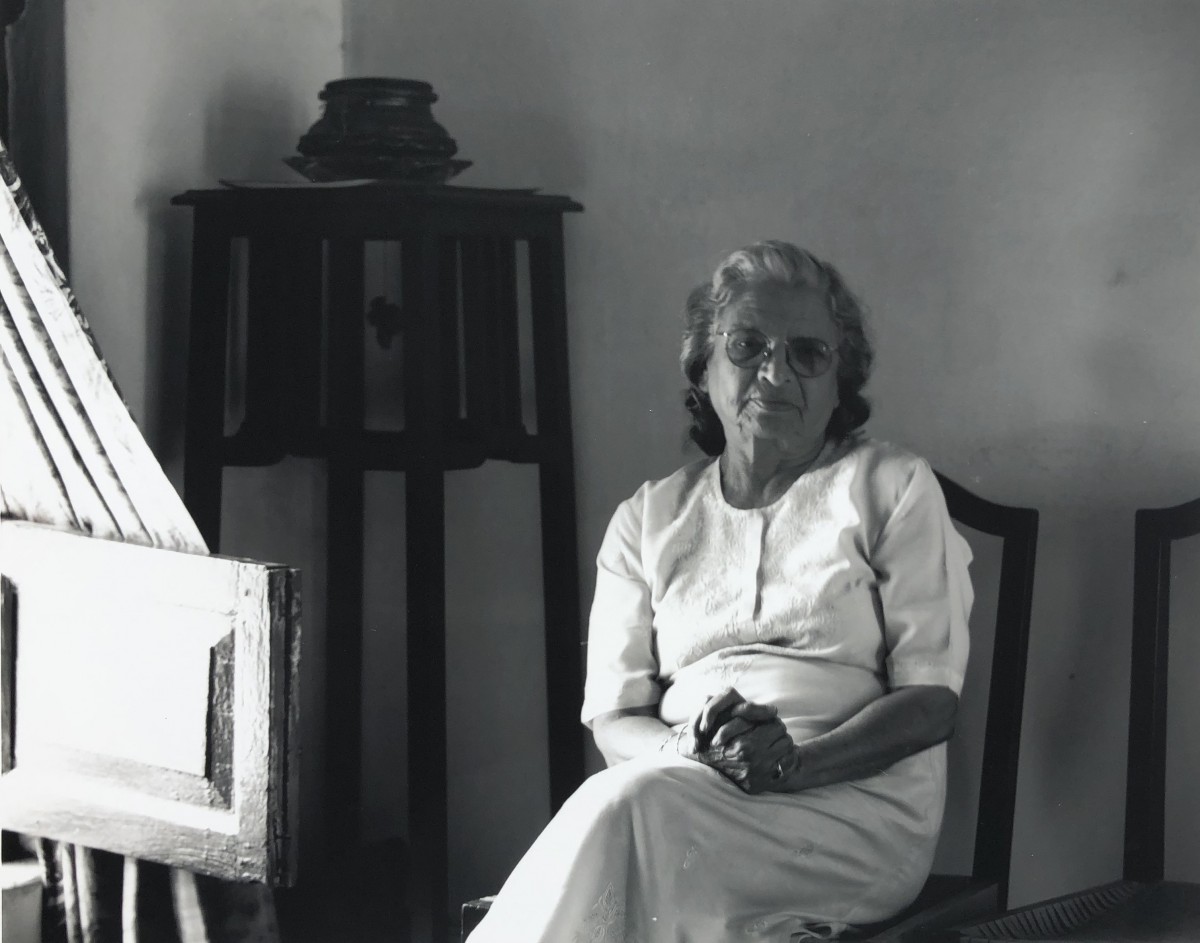 “Eighteen, nineteen-year-old girls were brutally raped,” Khorshed Italia recalls with a shudder. “You could see their swollen busts, teeth marks everywhere. I would come home and vomit. The women were taken to a camp where they received medical treatment and, in some cases, abortions were arranged.

“A stage came where men came asking for their wives, and the moment he found out she was pregnant, ‘no, I won’t take her back’.” Fifty years later, Khorshed Italia is still indignant at the attitude of certain men. “When an educated man came, he did not take back his wives. Very few have. They didn’t want them back. Mind you, a villager would come and say ‘Never mind, it’s not his fault’ and accept it.

“So it was the villagers who took the pregnant women away. But educated men did not.

All photos by Rosalind Miller.

Rosalind Miller’s photographs are held in collections such as the National Portrait Gallery in London.

Andrew Whitehead was the BBC’s India correspondent in 1997. He is now an honorary professor at the University of Nottingham in the UK and also teaches at the Asian College of Journalism in Chennai.

Architectural Notes: The Queen at the National Portrait Gallery