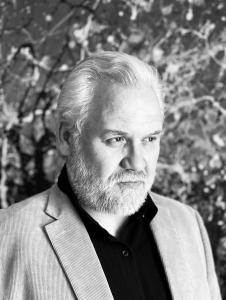 …a work of art, like a self-portrait of the artist as a Protestant pilgrim. A must read for anyone interested in America, art, law, politics, or religion, or just looking for an entertaining read. »

WASHINGTON DC, DISTRICT OF COLUMBIA, USA, July 26, 2022 /EINPresswire.com/ — Former Englishman, now American artist and author Julian Raven of New York will be at the Smithsonian National Portrait Gallery this Sunday, 31 July, at noon at the G Street entrance. He will be there to sign and distribute copies of his new book “Odious and Cerberus: An American Immigrant’s Odyssey, and his Free-Speech Legal War Against Smithsonian Corruption.” The artist will also make public statements about his new book, the unanswered federal law questions the book raises, as well as details about his ongoing goal of seeking a congressional amendment to the Smithsonian Act of 1846.

Smithsonian reform is Raven’s ultimate goal. Year after year, multiple failed efforts by Democratic DC Congresswoman Eleanor Norton Holmes and Republican Iowa Senator Chuck Grassley are now amplified and highlighted in Raven’s book. The failure of congressional efforts highlights the unchanging critical legal schizophrenia and cause of anarchy that has facilitated the trampling of his expressive, artistic, and political 1st Amendment free speech rights. When the representatives of the people fail in their legitimate efforts to reform the institution of the people, it becomes the responsibility of the people as beneficiaries of the will of James Smithson to exercise his authority to compel Congress to fulfill its sacred fiduciary duty fiduciary and to remedy glaring legal anomalies.

Senator Grassley’s FOIA bills failed due to confusion over the Smithsonian Institution’s entity status. The FOIA applies to federal agencies, which the Smithsonian is not since it is an entirely private organization. But note the legal confusion in federal courts, aptly illustrated in Federal Judge Trevor McFadden’s decision in Raven Case #1: 17-cv-01240 (TNM), the judge asserted that the Smithsonian Institution is the government “throughout … the National Portrait Gallery has historically communicated government messages, in that it compiles the artwork of others for display on government property”, and yet Peter G Powers, former general counsel for the Smithsonian, of another Smithsonian scandal documented in the book, said: “virtually all Smithsonian property, including the museums on the Mall in Washington, is legally owned by the institution and not to the federal government….” In a speech written for Chief Justice Warren Burger, in his capacity as Chancellor of the Smithsonian, he quotes Chief Justice Howard Taft in his capacity as Chancellor of the Smithsonian saying, “The Smithsonian does not is not and has never been considered a government office. It is a private institution under government control”… The Smithsonian has made and will continue to make its most important research and educational contributions to the needs of the public precisely because it is not part of the federal government organization. This legal conundrum in Raven’s case is so severe that the Federal Court’s decision continues to violate the separation of powers doctrine, trampling on Raven’s 1st Amendment rights. The Supreme Court dismissed this unresolved issue of federal law (Case No. 19-6548). It will only be resolved now with a congressional amendment to the Smithsonian Act of 1846, the pursuit of which is Raven’s next chapter on her remarkable American odyssey.

Meet on the steps outside the National Portrait Gallery (G Street entrance) to meet the artist and author on Sunday July 31 at noon. A limited number of FREE, signed copies of “Odious and Cerberus” will also be offered.

Artist and author Julian Raven talks about his new book “Odious and Cerberus: An American Immigrant’s Odyssey and his Free-Speech-war” at the Andrew Wilkow Show


EIN Presswire’s priority is source transparency. We don’t allow opaque clients, and our editors try to be careful not to weed out false and misleading content. As a user, if you see something we missed, please bring it to our attention. Your help is welcome. EIN Presswire, Everyone’s Internet News Presswire™, attempts to define some of the boundaries that are reasonable in today’s world. Please see our editorial guidelines for more information.

Architectural Notes: The Queen at the National Portrait Gallery